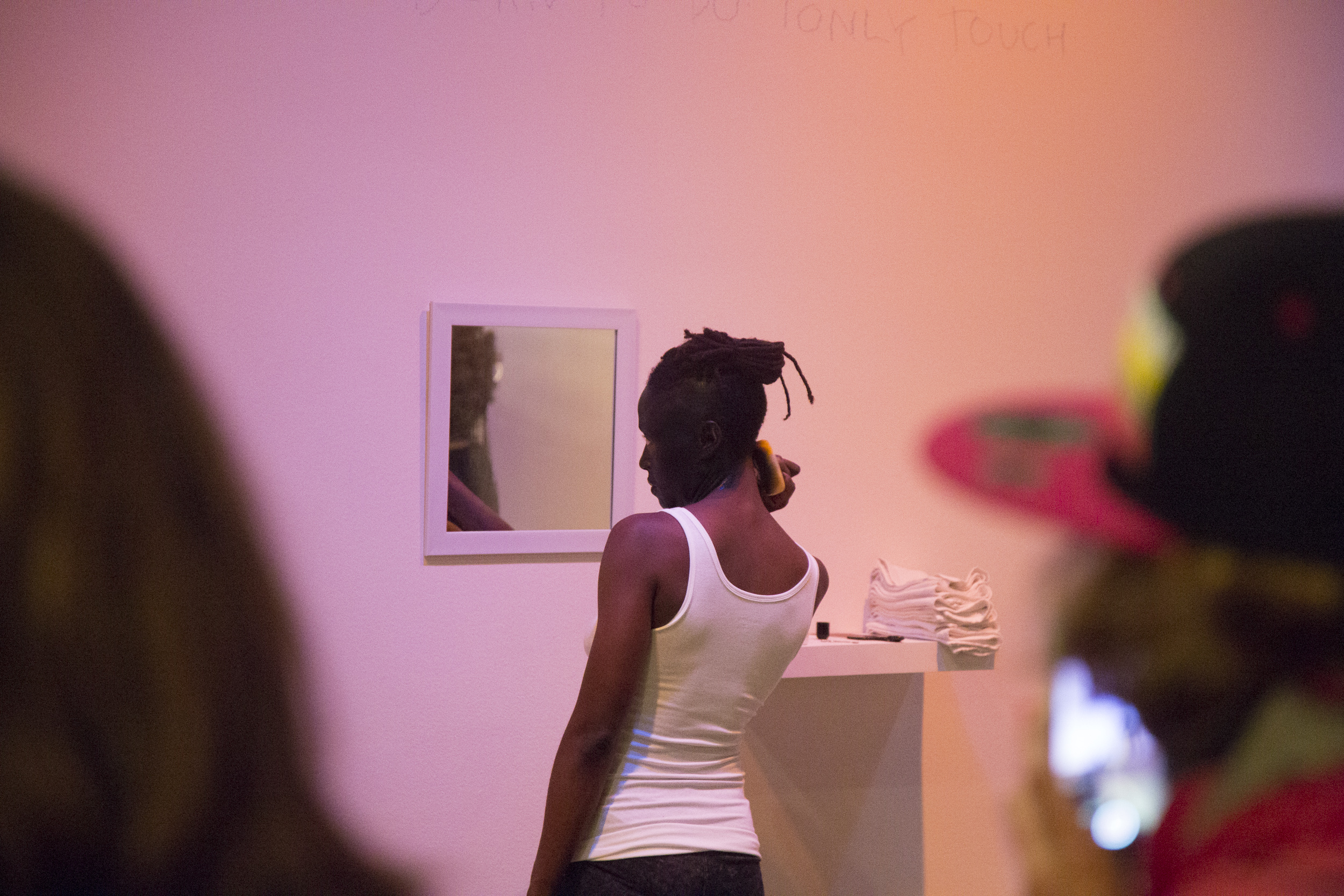 Underwaters (we is ready, we is ready) was a continuous performance enacted from the morning of April 16 to the afternoon of April 20, 2014. The score led me through subtle choreographies and actions, some of which carried me out to the city streets and in and out of different emotional-kinesthetic bodies, thinking through dissociation and agency, trauma and blackness. During the week, I lived in silence with the exception of designated actions within my performance score, one of which included interviewing other artists of color (including Niv Acosta, Callie Lyons, April Matthis, Kenya Robinson, Regina Rocke, Kaneza Schaal, and Ni’ja Whitson) around questions of Black performance.

Performance on the Eve of Negro Spring 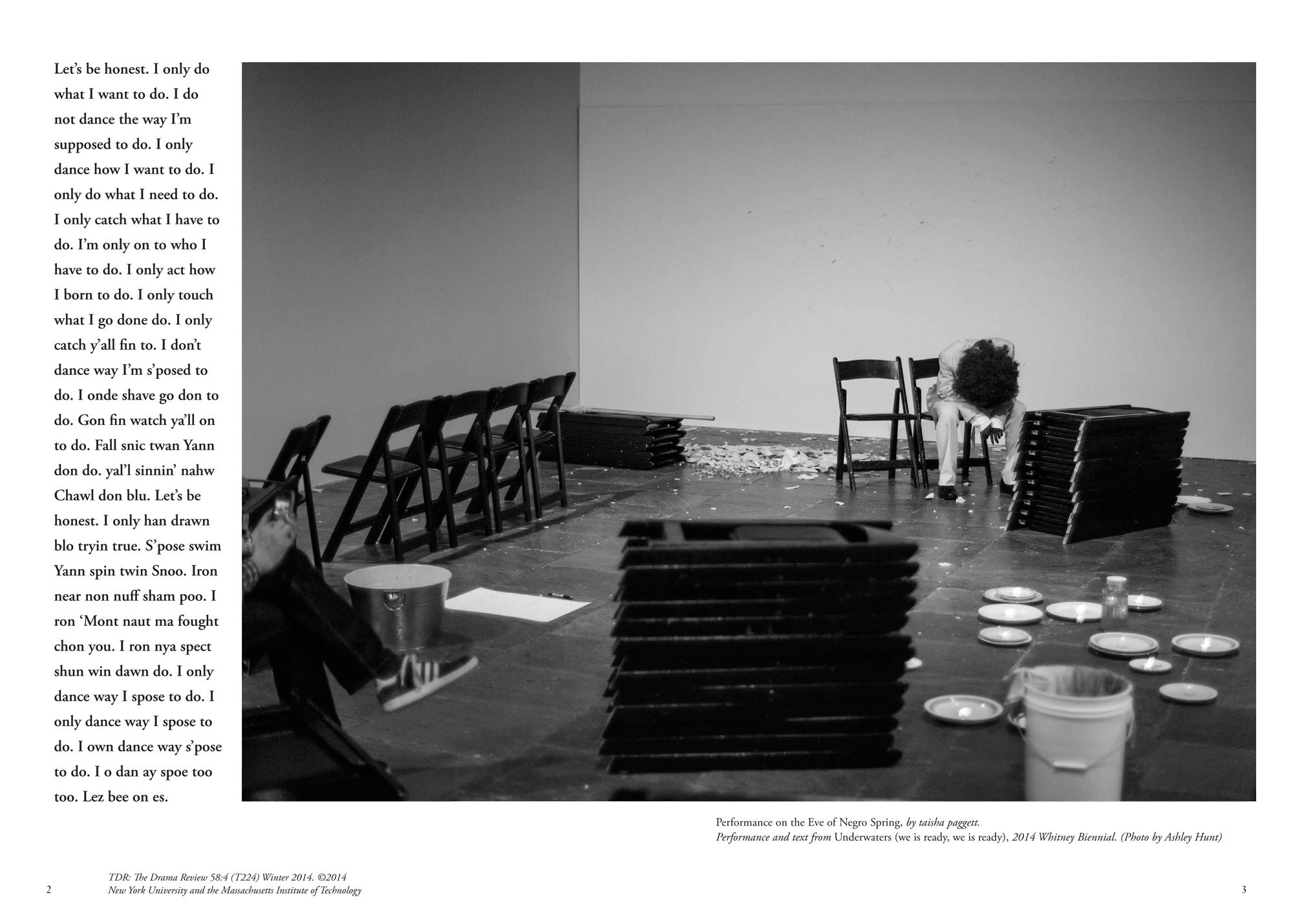 Seeing documentation as a new layer of meaning, this image derives its content from the ephemera of Underwaters (we is ready, we is ready). As its title indicates, the work imagines the performance – which itself was a spell (un)casting of the histories of trauma within the Black American experience — as a prologue to the uprising in Ferguson, Missouri following the murder of Michael Brown. The text, a rhythmic word play that slides in and out of legibility, was inspired by my interest in destabilizing language, repetition as a form of meaning making, and in seeing how text could dance. The original image was taken by Ashley Hunt.