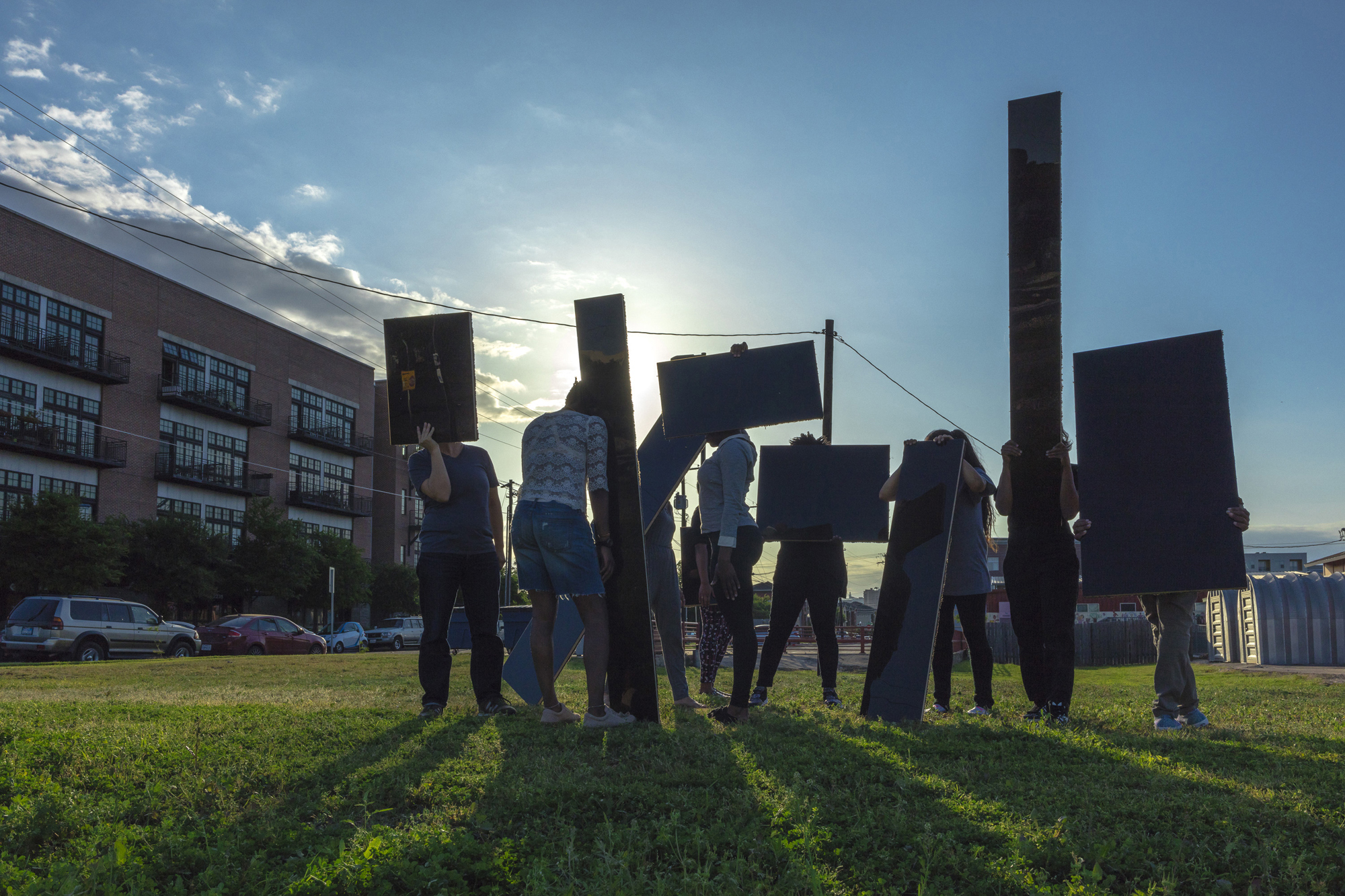 taisha paggett is a Los Angeles-based queer Black artist whose individual and collaborative work for the stage, gallery and public space takes up questions of embodiment, agency, and the phenomenology of race and gender. paggett’s work seeks to de-center and reframe dance conventions and the ways in which bodies and spaces become normalized in both dance practices and the actions of daily life, by colliding them with social, political, cultural, and emotional metaphors and meanings. paggett’s work is especially concerned with interrogating fixed notions and representations of Black and queer bodies through the construction of idiosyncratic structures and scores in which those subjects become agents. paggett’s work has been presented at Commonwealth & Council (Los Angeles), Danspace at St Mark’s Church (New York), Defibrillator Gallery (Chicago), Public Fiction (Los Angeles), LACE (Los Angeles), the Whitney Museum (NYC), the Doris McCarthy Gallery (Toronto), and The Studio Museum in Harlem, amongst other sites. Most recently as a dancer, paggett has worked with Every House Has a Door, David Roussève/REALITY, Yael Davids, Victoria Marks, Kelly Nipper, Meg Wolfe and with Ashley Hunt through their ongoing collaborative project, “On movement, thought and politics,” amongst others. Project support has come through the generosity of programs including Choreographers in Mentorship Exchange (CHIME), University of California Institute for Research in the Arts (UCIRA), Headlands Center for the Arts, National Performance Network, Show Box LA, and the Multi-Arts Production Fund (MAP) in conjunction with LACE, amongst others. paggett is a proud member of the full-time faculty of UC Riverside’s Department of Dance, holds an MFA from UCLA’s Department of World Arts and Cultures/Dance and was a co-instigator of the LA-based dance journal project and discursive platform, itch.

Ashley Hunt is a visual artist, writer and teacher who has dedicated the bulk of his professional career to documenting the expansion of the U.S. prison system and its effects on communities, alongside other projects that engage social movements, the exercise of political power, and the disciplinary boundaries that separate our art worlds from the larger worlds in which they sit. Hunt’s works have been exhibited in venues ranging from the Museum of Modern Art and Tate Modern to grassroots community centers and alongside activist campaigns. Recent exhibitions and performances include Cue Art Foundation, Threewalls Gallery in Chicago, The Kitchen in New York, the 2012 Made in L.A. Biennial of the Hammer Museum, Sinopale 4 biennale in Sinop, Turkey, the Museum of Modern Art in New York, the Tate Modern in London, and Woodbourne State Correctional Institute in upstate New York. Recent writing has appeared in X-TRA Contemporary Art Quarterly (2014), Native Strategies issue 4 (2014), Shifter Magazine #20 (2013). Ashley is co-director of the Program in Photography and Media at CalArts.

Kim Zumpfe is an artist and educator who lives and works in California. Zumpfe’s work moves between objects, images, and space – to develop and expand questions around encounters where there is a collapse of intimacy and power structures. Relationships between the body and spaces that form and maintain subjects are engaged in locations where multiple bodies develop, displace, produce, and forget to maintain boundaries. Zumpfe produces alternate structures, anti-architectures and counter-currents that propose ways for people to occupy space and time differently, an attempt to find places where borders between bodies and within form disperse. Through collaborations and individual work, Zumpfe works to expand the potentials of resistance to normative social and political structures by producing psychological spaces that contain porosities of bent time(s) including the provisional, temporary, transient, unstable, and the illegible. Zumpfe’s work has been exhibited at Los Angeles Contemporary Exhibitions (LACE), Human Resources Los Angeles, The Hammer Museum, Los Angeles Contemporary Archive (LACA), Diverseworks Houston, Culver Center for the Arts Riverside, University Art Gallery Irvine, and several public and online sites.